A Challenge Worth Accepting! 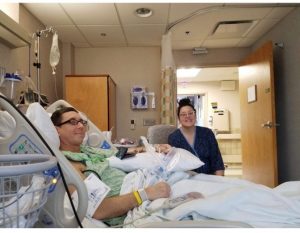 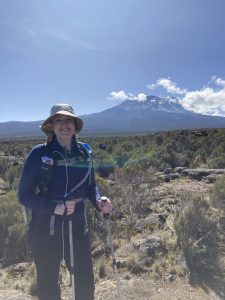 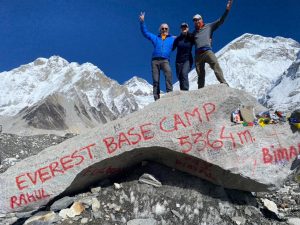 On the fourth anniversary of her kidney donation, Emily shares an amazing story of the breadcrumbs she followed in her journey to become a living kidney donor. And she also proves that donors can resume, or even exceed, their previous level of physical activity.

My name is Emily, and my first exposure to living organ donation was in high school. I was friends with a young man who found himself in kidney failure at the age of seventeen and our pastor’s wife donated to him, saving his life. Now, twenty years later, he and his wife just celebrated the birth of his first child and both donor and recipient are thriving. At the time, I remember being struck by how miraculous this procedure was, and thinking that if the opportunity ever arose for me to give someone that gift, I would take it.

My second personal encounter with someone connected to living organ donation was in the early summer of 2018. I was meeting with an incoming student at the university for which I worked, and she explained to me that the reason she had a gap year between high school and college was because she had been in kidney failure and due to her rigorous dialysis schedule and constant fatigue, school hadn’t been an option for her. Fortunately, she was three months into recovery from a life-saving kidney donation given to her by her grandmother (who was alive and doing well post-surgery), and she would now be able to attend college like a typical girl her age. I was once again struck by how amazing our bodies are and that it is possible for us to give people a second chance at a normal life without negatively impacting our own.

Less than two months later, I saw a post that my sister shared on social media with a picture of a sign in the back windshield of someone’s car, broadcasting the words “Single dad of three needs type ‘O’ kidney”. The sign included a phone number, and I noticed that the area code was local. I can’t really explain why I called, other than that it seemed like I was supposed to. I figured that the chances of my actually being a match were slim, but why not go through the process and find out? So I called the number. I’m not sure what I had been expecting, but I was surprised when the call was answered by the single dad in question, Ryan, who gave me a link to the Henry Ford Transplant Center questionnaire which would get the ball rolling on the evaluation process.

Fast forward two months, a few dozen vials of blood, several hospital visits and tests, and lots of conversations with family and doctors, and it was determined that I was not only a match, but I was a good candidate for donation. On October 29th, I got the call that I was approved to donate, and we scheduled surgery for January 9, 2019.

The morning of our surgeries, Ryan and I and our families arrived at the hospital at the same time and met in the lobby. Hugs were exchanged, we went into our respective pre-op areas, and after the best nap of my life, I woke up having accomplished the most important thing I’d ever done, without even needing to be conscious to do it!

Recovery was a two-week haze of sleep and medication and visitors and bed rest, followed by four more weeks of being desperate to get back to work and the gym. My athletic coach created a modified workout plan that I started executing two weeks after surgery, which involved spending a lot of time on the treadmill, gradually modifying the incline. He also connected me with a Pilates coach who took me through the regimen typically used for women recovering from a C-section.

At six-weeks post-op, I came back to my group fitness class, doing everything I had been doing prior to surgery. There were times I had to listen to my body and take things a bit slower than I was used to, but I was delighted to find that I wasn’t incapable of anything I had been capable of before going under the knife. As my recovery progressed, I agreed to sign up and join a large group from our gym at the Michigan Spartan Sprint (5k+ 20 obstacles) in September. I had never done anything like that before, but I discovered that I absolutely loved it, and my one-kidneyed body didn’t give me any trouble at all. I enjoyed the challenge so much that I went on to complete the Spartan Super (10k+ 25 obstacles) and two Spartan Beasts (half marathon+30 obstacles), all within one calendar year of my donation.

I am now nearly four years out from having donated my kidney. Over the last year, I have challenged my body more than I ever did prior to donation- I climbed Mount Kilimanjaro, hiked in the White Mountains in New Hampshire, trekked  to Everest Base Camp, and summited Mount Kala Pattar. Since our transplant, Ryan has gotten married and is able to work and raise his kids without concerns about dialysis or kidney failure. He navigated two bouts with Covid-19 as well as the failure and removal of his native kidneys, and yet the kidney I donated is still going strong- his numbers are better now than ever. Our story not only proves that a transplant from a living donor can give the recipient a totally new life, but it also proves that giving a kidney does not impede the donor’s ability to go on to live a full, healthy life. 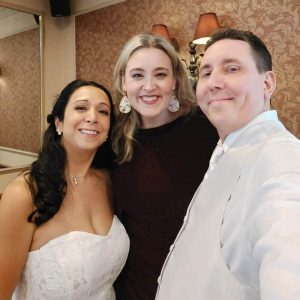